John Le Carre as a woman's writer: the vulnerability of the body

Ellen Moody mentioned John le Carre  functioning as a woman's writer. I have been thinking about this while watching the mini-series The Night Manager, based on a le Carre novel of the same name. However, it was not until I watched the first episode in season four of the series Luther with my husband that I understood how le Carre reflects a woman's stance.

Luther, a British series, focuses on the angst-ridden policeman Luther (Idris Elba), who investigates violent crimes. The season's opening episode involves a serial killer/cannibal of the most gruesome sort, who eats pieces of his victims' bodies. Although officially not working as a police officer, Luther is soon on the trail.


The Night Manager evokes high levels of anxiety on behalf of the main character, Jonathan, because he is living in close quarters with a sociopath (Roper) who will brutally  torture and murder him out if he suspects him of betrayal. To make matters worse, Jonathan falls in love with Jed (Elizabeth Debicki), Roper's highly off-limits American mistress, and she with him. They take extreme risks to be with each other. We worry that Roper will find out they are in love and discover Jonathan is a government agent. Meanwhile we also know that corrupt intelligence officers high in the British secret service are in  Roper's pay and will betray Jonathan if they find out about him. The strong, rather than protect the weak, side with the strong.

The Night Manager may be more riveting and anxiety provoking than Luther because it is better directed (Susanne Bier, the director, won an Emmy for the series.) However,  there's more to the story than good direction, and the high tension the le Carre evokes come from fundamentally reflecting a female point of view.

As I watched Luther, with little anxious despite the machinations of a serial killer, I realized that I was comforted because of Luther's god-like (male) qualities. For all his various inner angsts, we know he is invincible. He is a crack cop, better than anyone: against him, what mere serial killer has a chance? He keeps London as safe as it can be kept.


Jonathan, on the hand, exudes vulnerability. He's gentle, not tough, a hotel manager, not a trained police officer. He's sensitive, without (like Luther, who also is caring) being hardened. Watching his unprotected body as he walks beside Roper, one feels a primal fear for him: he has no real way to defend himself. He is in the position of the woman, his body at the mercy of a nearby male who claims aggressive ownership over it. Over and over we see him vulnerable. (This is problematized because he does kill a man, perhaps necessary to make him palatable, but the overall thrust of Jonathan is vulnerability.)

Roper, of course, does not exert sexual ownership over Jonathan, but he does openly exert alpha male control. He renames Jonathan without thinking to ask him what name he would like, insists he participate in corporate crimes that make him vulnerable to arrest, and demands that he be absorbed into Roper's plans and organizations and that he adjust to them without question. Jonathan is there for one reason: to serve Roper. He is expected to have no agency outside of Roper's desires. He does (or is expected to do) whatever Roper tells him. All of this makes him like a woman. Like a woman, he smiles often and makes himself pleasant, agreeable and non-threatening to Roper through words and body language.

Price is supported by other vulnerable people who happen to be women: Angela Burr is visibly, heavily pregnant and also under attack by higher-ups in British intelligence for getting too close to Roper. Jed, Roper's girlfriend, is unhappy and has a body equally as vulnerable to assault as Jonathan's, as well as a young son her work as Roper's mistress supports.  I may have some issues with using motherhood to buttress the moral worth of female characters, but it underlines their bodily vulnerability. As we see during an attack on Roper's young son, children's bodies, like women's, are easily assaulted.

It's hard not to feel acute anxiety over the fate of these vulnerable people fighting Roper, especially Jonathan and Jed, who are so physically close so often to a ruthless man. We feel viscerally their bodily weakness, the risks they are taking and the courage they display.

I find it difficult to feel as acutely over Luther, who blankets us in the sense that he is strong and invulnerable, that he will take care of the people in the series and hence of us, the viewer. This is the male stance, ultimately tough and impregnable. It argues, using an individual, that strong, violent males (and by extension groups of strong violent males, ie armies) are what keep us safe.

Le Carre's argument, that the strong alpha male ultimately threatens, rather than protects us, seems to me more far more realistic than the protective capabilities of the alpha male. As Le Carre shows, violent men inside and outside of legitimate organizations work together to oppress the rest of us: they aren't enemies to evil, they are its friends. And as the protagonists in the The Night Manager illustrate, women (and most men), instead of trying to emulate the violent alpha male, should be using their brains to defeat violence, rather than trying to hide behind the faux protection violence offers. Feminism took a very wrong turn when it decided that its role model would be the ruthless female CEO in spiked heels who outdoes that most ruthless male CEO. Instead, and more realistically, we should, like Le Carre, try to show the inherent problems with the accumulation of power/violence into too few hands-- and insist on other solutions.

On biography: Woolf and Fell

In participating in an on-line group read of Hermione Lee's biography of Virginia Woolf, I've also been part of a larger conversation about biography: Do we approach biography primarily through the lens of a puzzle or a question or through an emotional identification with the subject? 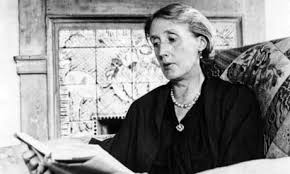 Virginia Woolf had a fascination with biography. This shouldn't surprise us: Woolf's father, Leslie Stephen, laid his claim to fame in part on biography: he was the first editor of the Dictionary of National Biography and wrote many of the entries for it. Woolf, in turned, strained to envision a biography that would push beyond the hagiographic and genteel Victorian conventions of her father's day to arrive at a more authentic depiction of a subject's life.

Woolf explored what she called moments of being and non-being. Non-being she understood as the normal, repetitive routines of life that we largely forget--she mentions her daily walks in Hyde Park as a child as examples of non-being. She knows she took them, but largely can't remember anything about most of them. I think of doing laundry as a college and graduate student: I know I did it, but mostly have forgotten any details. In contrast, Woolf identified moments of being as those moments we remember, moments that are luminous. She tried, in part through voluminous journaling, to capture are many moments as possible, so that they could (possibly) become moments of being.

Yet she recognized in women's lives in her era that much of existence was in moments of non-being. How does one capture these moments and give them being? Woolf  attempted to create a form of biography that would tell the reality of a woman's life, including non-being, by writing a fictional biography of a fictional subject: it's a fascinating example of how she uses fiction to work out intellectual problems.  In this work, she gets beyond hagiography to show the reality (ironically through fiction) of a woman's life.

Biography being much on my own mind, I am thinking of trying to write a short sketch of a real historical woman (rather than create a fiction), in which I would enter into her life primarily emotionally rather than through a question or a puzzle. I finally, in one of those flashes of insight one has, settled on Margaret Fell, one of the founders of Quakerism and later wife of George Fox, usually credited as Quakerism's founder, and am reading a biography of her written in 1913.

My flash of insight--and this is where I am willing to get fictional as I simply at this point don't "know"--is that while Fell was an extremely intelligent woman (definitely a foremother to Woolf) and deeply, sincerely, a religious woman,  the emotion that may have driven her was being in love with Fox. That's a woman's trope, and for that reason might be denigrated, but the feminist in me wants to celebrate it as a worthy component of an intelligent, active, ethical life. I see it too as a parallel to Woolf--love for men and women was a deeply motivating force in her life's work.

It also seems to me a parallel exists in Ruth von Kleist-Retzow being in love (if we allow, as we should, a 60-something woman and grandmother  sexual feelings) with Dietrich Bonhoeffer. In Ruth's case, the best she could do was to arrange an engagement between Bonhoeffer and a granddaughter who reminded her of herself, and satisfy herself vicariously with that. Margaret, though a decade older than Fox, was actually able to marry him after her first husband died.

Will I do this? I don't know: I have a busy fall schedule: but I find it interesting to think about. I also wonder why I lit on another religious figure rather than a literary figure. I also don't know enough about Fell to know if I truly have an emotional affinity. Jane Austen would be another possibility. Who would you do? 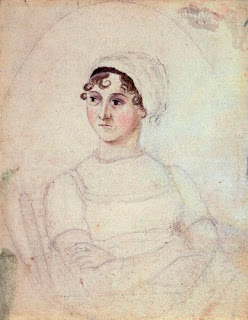