Journal of a Plague Year: An Extraordinary Year Ends

We have come to  the end of an extraordinary year. I began this post days ago but so much has happened so quickly that I didn't want to post until 2020 was all over, wondering what last shocking event might usher out the year. Fortunately, all ended well.

The year began with horrific fires in Australia and news of the pandemic in China. I remember buying and then not using a mask to fly to Maine in late January. When people were pooh-poohing the virus as no more than the flu, I could not help but wonder worryingly why the Chinese were so strictly quarantining Wuhan, even nailing shut apartment building entrances. By the time we left for Mexico, airports, though still jam-packed, were taking precautions by continually spraying and wiping surfaces. Mazunta, the Mexican town near where we stayed, was at first crowded with tourists, then eerily empty by the time we left.

The pandemic entered into our Ohio lives as sheltering at home, a shift to a quieter, more isolated, and contemplative way of being. Roger, Nick, and I realize we have been very fortunate not to get sick or lose our jobs, although my income is reduced this year. As a person who works from home and lives in a quiet corner of rural Ohio, I never realized how much social interaction I had had until I no longer had it.

In part, I thrived on the infusion of peace and solitude and the slowing down of life. Another part of me sometimes felt an aching sense of isolation and loneliness. It would be an adjustment to live this way of solitude forever, even with the welcome companionship of Roger and Nick, interaction with Quaker groups, careful trips to Ann Arbor, West Virginia, and Maine to see family and friends, excursions to Maryland to tend to our house there, zooming with family, a new "Zoombsury" discussion group, and a literature on-line group. All of this, however, offers an illusion of a life more crowded than it is: the year has been spacious, quiet.

When I felt filled with the restless urge to travel, to visit a museum, to go a play, I would sink into memories of the bright colors and warmth, both physical and communal, of Mexico or would look back to 2019, when we enjoyed our traveling so much.

But there is a deeper self that flows beneath that restless yearning to roam: the contentment and quietude of life in a quiet rural setting, against the backdrop of the snow that fell for Christmas, the deep silences of my home here or my winter trip last year to Maine, when snow and empty spaces created a peaceful backdrop. In both places, two-lane roads, never jammed with traffic, wind through idyllic small towns rather than strip malls and clutter. Our home here is humbler than our house in Maryland. When we stayed in the Maryland house in the fall, we floated from empty room to empty room reveling in the sheer space. Yet our Ohio house, a simple, smaller white frame rambler with green trim, suits us well: we have such serenity, with hills and meadows and lake spreading out all around us.

Thoreau speaks of the initial encounter with solitude in Walden, wondering:

if the near neighborhood of man was not essential to a serene and healthy life. To be alone was something unpleasant.

Thoreau soon adjusted and drank in the beauty and companionship of nature.

In 2020, the wider world was still out there: Concerns over the pandemic and the election led me in an opposite direction from Thoreau to extra journal and newspaper reading. My concern that Trump would be reelected is captured in this comment from a January 30, New York Times article, a recap of one individual's response to the first presidential debate:

Last night, I think I was too gobsmacked by the spectacle to form coherent thoughts about the debate, but this morning I feel overwhelmed with grief. Tears are welling in my eyes as I fathom another four years of Trump in the White House. It is, quite simply, unbearable even to imagine.

Columnist Frank Bruni's response is a reminder of what we have been spared:

To read this now is to be reacquainted, in the most poignant way, with how titanically much this election meant to the tens of millions of Americans who, like me, felt that Trump was a very grave danger and, almost minute by minute, a soul-corroding insult to basic American decency. It is to appreciate the magnitude of relief we’re experiencing at the end of this terrifying and tumultuous year. It is to be grateful: Sometimes, at a crucial time, we get the second chance we so acutely need.

I was grateful at the election of mild, gentle, responsible man and his female running mate.

I was disheartened, nevertheless, to see a cold-hearted, hard right cult member put on the Supreme Court. This is a woman who, in Indiana, refused to hold the state prison system responsible for the repeated rape of an inmate--this prisoner will now have to collect her damages from the guard who raped her, a highly improbable prospect given his low income. "Sorry," was the response of the majority of two who handed down the decision, including our new justice."We feel for you but that's the law." It is the law because these justices decided it was: compassion was an alternative option. Let's hope even crueler laws are not enacted in the United States.

At home, I returned to yoga when it felt safe in the summer and fall. We ate out now and again in open air dining venues. We worked cosily in the spare bedroom we have converted into a study, sat around the table in our big square knotty pine country kitchen over home-cooked meals, looked at the view through the three picture windows in our living room, and we watched more Netflix and HBO than ever in our basement theatre room. We enjoyed conversations with Nick about philosophy as he took on-line courses. I took walks when I could in and around the hilly woods, meadows, and lake near my house. I picked raspberries in the summer and tomatoes.

We went one day and looked at Indian petroglyphs only a few miles from our home, and had trips back and forth to Maryland to deal with re-renting our home there.

The summer protests showed that discontent is legitimate and runs deep--can ruling class people  support change? I hope so.  I felt the disconnect between the comforts of my life and the troubles all around--and yet very much connected to the troubles too. Empathy is easy when one feels a personal sense of precariousness. As it became clear that we were on our own with Covid the odd sense of unreality--what has happened to my country?--continued to grow. Our sense of the fragile hold we have on life as we know it was increased by the apocalyptic images of red skies and daytime darkness covering parts of California and the West Coast during the massive, climate-changed induced fires. 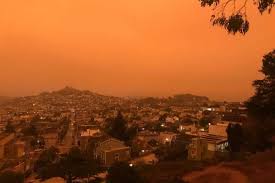 At the end of the year, sudden spikes in Covid number separated me from the solace of yoga and most of the tentative in-person social life I had re-established, slim as it was. Now we wait to see what will happen since the more contagious variant of the virus has arrived--and will wait for the vaccine and hope it will work.

I am hopeful even amid all the wreckage that will sweep into the new year with us that good changes will come--so many evidences exist that a culture of cruelty, selfishness, and sadism is turning a corner. The selfishness is still in force, but pushback is welling up. I was encouraged by the deep humanity of stand-up comedian Hannah's Gadsby's one-person shows, by the humane qualities of sit-coms like The Good Place and Schitt's Creek, by the evidence that government is valuable and needed to fight crises, by all the people who did wear masks and allowed themselves to be inconvenienced so that others could live, with the groundswell of support for Black Lives Matter, for the growing questioning of a system that is not serving most citizens well. And if there is a dim silver lining even to the Trump presidency, it is in the number of women who are completely and utterly done with a bullying, cruel, and entitled version of masculinity. Finally, the world may be catching up to Virginia Woolf, who a hundred years ago was crying no more on this very subject. This is not to say so much is not awry.

Nevertheless, I hope for more peace in the coming year, for a calming, a spreading of resources and wealth and opportunity, for deepening generosity in a country where so many are weary of the spite and bullying.