I saw Michael Moore in Trumpland last night and thought about Jane Austen.

Moore's one-man filmed show was an appreciation of Hillary Clinton, and by extension, all women. Moore showed more charisma than I have seen before by speaking with passion and conviction, and he managed to get beyond his worst flaw (and no doubt what has made him a "safe" liberal icon), the tendency to mourn what has already passed ... This film, instead, looks with hope to the future.

I found an Austenian quality in the way he empathized with the underdog. He imagined how it might feel to be Hillary Clinton, human being, and in doing, he, to my mind, evoked Clinton as Fanny Price. While Moore never mentions Austen or Fanny, he shows us a Clinton who, if she has not suffered the pains of tyranny (and perhaps she has, giving up her last name and chased back as First Lady to the tea parties), and neglect, has been ridiculed, scorned, and misunderstood, and he casts shame too on her mockers, doing it all, ala Austen, in a comic vein.

Fanny Price is the poor relation, the person who enters the Great House (White House?) the wrong way, through a none-too-charitable charity. She is Sonya in War and Peace, another poor relation, but unlike Sonya in the later novel, Fanny comes to us with a full interiority: Austen, in fact, tells the story of Mansfield Park from this minor character's point of view.

To the Bertrams, the wealthy heirs of Mansfield Park, and Aunt Norris, Fanny registers as little more than the secretive creepmouse of Mrs. Norris's fancy. One of Mrs. Norris's descriptions of Fanny has more than an echo of criticisms often flung at Clinton:

she certainly has ... a spirit of secrecy, and independence .... about her, which I would advise her to get the better of.

Having suffered "the pains of tyranny, of ridicule and neglect" is it any wonder that Fanny--or Clinton--might become secretive and self-protective?

Moore's Clinton has suffered the humiliation of having her health care proposals rejected and scorned, even as they would have, in his estimation, saved a million lives during the past 20 years. While she has worked tirelessly for women, children and the downtrodden, she has been attacked as a murderer (she has, Moore says, 46 murders to her name, according to conspiracy websites: that's the kick-ass woman I want as Commander-in-Chief, Moore declares to laughter); in addition, she has had her accomplishments, second perhaps only to FDR's in the run-up to a presidency, belittled and scorned, and this most scrutinized and almost squeaky clean woman has been called "liar" and "crooked" by perhaps the biggest serial liar(s) ever to run for president. One cannot help but think of Fanny, always doing for others, yet labeled mercilessly by Mrs. Norris as selfish and thoughtless.

Moore, like Austen, shows us a human being behind a type, be it a powerful woman or a poor relation, who is often seen as not quite human. (Sonya's treatment in War and Peace, and this from the "good" Mrs. Rostov, underscores the grim life of the poor relation.)

In Moore's telling, Clinton has been waiting and remembering ... always remembering ... and biding her time, playing the long game. This too is Fanny Price. We see Fanny in her room without a fire (denied by Mrs. Norris, and bringing to mind, in one of her letters, Austen's delight at a fire in the library at Godmersham) amid the cheap cast offs and kitsch her cousins have carelessly given her: visceral memories of her treatment. She nevertheless builds a life for herself, as Clinton has.

Fanny triumphs because her suffering has built character. She has learned to be strong, to think of others, to understand that the world does not revolve around her, that she is not entitled to even a fire on a cold day. As the spoiled Bertrams and Crawfords implode around her, unable to comprehend that the world is not theirs for the having, Fanny listens, learns and makes herself useful: when the crisis comes she is indispensable because she has an ethical core. As the spoiled, entitled Donald Trump implodes, Clinton's strength becomes all the more apparent, and she too becomes our indispensable center. We have no one else to turn to: who knew?

Clinton, you may protest, has been much more privileged than Fanny Price, but I would argue their situations are more alike than not: both "lucked into" a move up the class ladder; both function/ed on the peripheries of power (Fanny ended up in the bosom of very wealthy family). Neither Fanny nor Clinton has been considered quite legitimate in their roles (how dare a First Lady presume to escape the rigid confines of garden parties? how dare a poor relation ... dare anything?), and each has experienced privilege far beyond the average person, but also deep and unfair scorn. Both have maintained an ethical outlook through it all.

Fanny wins the prize she wants: Edmund, and a "legitimate" place in the Bertram family through marriage to him, and probably--or so I suspect--becomes mistress of Mansfield Park (Tom, the presumptive heir, is over-determined to die childless one way or another). Clinton is close to her own prize: she doesn't have it yet, but it looks in this instance, like character and competence just might be rewarded.

(As an aside, one of the film's unintentional ironies is that Wilmington, where it's set, is home to a Quaker college, aptly named Wilmington. Much of the audience looked not like the stereotypical ex-factory worker Moore sought, but like college students and faculty.)
Posted by Diane at 9:45 AM 6 comments:

With only four weeks left to the most bizarre election in a lifetime, I have been thinking about life imitating art, and specifically what literary characters our political stars resemble. My list so far:

Donald Trump: The Great Gatsby's Tom Buchanan on steroids. Tom is rich, with a string of polo ponies and a lavish brick colonial house in Long Island. He stands on his front porch with a swaggering air of command. He is a master of the universe. The world exists to serve him. 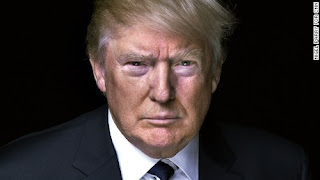 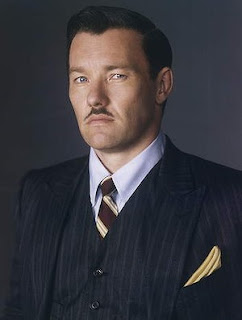 He is also a racist: When we first meet him, he  rants about the "Nordics" being overwhelmed by the "colored" races. He has read Goddard's The Rise of the Colored Empires, a barely veiled reference to a real book by Stoddard,  The Rising Tide of Color against White Supremacy. Nick Carraway, the narrator, dismisses this ideology as pathetic and outdated, but oddly, it never seems to go out of style.

Tom is a moron. In a particularly apt insult, Nick says he reached his high point in life as a football star at Yale.

Tom thinks woman are his for the taking. Whether he or they are married makes no difference. He is also a brute: Daisy characterizes him that way and we witness him "breaking" his mistress Myrtle's nose as blood flows all over. It's not a stretch to imagine him grabbing "pussy."

Tom goes on the offensive as the dominant male when he it penetrates his dim brain that his wife has been having an affair with Gatsby. He strikes hard with words at Gatsby as a non-Nordic and jeeringly suggests that if Daisy and Gatsby get together, interracial marriage will be next. He is a bully who goes for the jugular. Gatsby, an upstart bootlegger, looks like a class act beside him.

Famously, Tom doesn't care how much wreckage he leaves behind. If little people are destroyed, what difference: he can always retreat into his vast wealth.

Tom lacks self-awareness. He can't, for instance, understand why Nick, who he likes and respects as a college friend and member of his "Nordic" class, might despise him.

My students often direct their ire at Daisy, calling her a "spoiled brat." But Fitzgerald points us to that buzzkill Tom as the villain of the piece. Sadly, Tom Buchanans remain with us and run for President.

I probably dislike Paul Ryan even more intensely than Trump, who, in the Hitler mode, is at least honest. (I think of the line in Wiesel's Night when a Jewish character in a concentration camp says that Hitler is the only one he can trust, because he is the only one who hasn't lied to the Jews.)  I can't read a statement by or look at a picture of the wide-eyed opportunist Paul Ryan  without thinking of the repulsive little boy in Jane Eyre who understand the rewards of hypocrisy. Mr. Brocklehurst, overseer of the harsh Lowood School where Jane is sent, says to her:

I have a little boy, younger than you, who knows six Psalms by heart: and when you ask him which he would rather have, a gingerbread-nut to eat or a verse of a Psalm to learn, he says: ‘Oh! the verse of a Psalm! angels sing Psalms;’ says he, ‘I wish to be a little angel here below;’ he then gets two nuts in recompense for his infant piety. 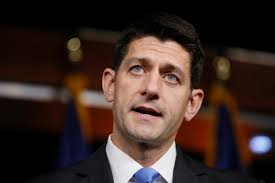 As for Mr Brocklehurst, one of the most repulsive characters in literature: he is Ted Cruz. Let's mouth Christian pieties while inflicting suffering on others and living in comfort ourself. It's good for other people to freeze and starve: it motivates them and builds character.

As I watched Hillary Clinton in the last debate, stalked by Trump and enduring every insult hurled at her, I couldn't help but think of Cersei's walk of shame in Game of Thrones. Clinton might as well have been stripped naked and pelted with rotten tomatoes. Will the ritual humiliation she has been forced to undergo allow the public to accept her as president? 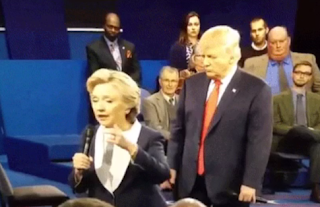 Cersei is now queen, though at the price of being, like Lady Macbeth "unsexed:" the dudes who write the show naturally blame her for her son's suicide and she is left without a child to make her acceptable to the male mind. While I condemn the violence she inflicts (though I hardly blame her for her son’s death), she is a woman who takes matters in her own hands, who, in Clinton's words, "dares to compete." Cersei, without motherhood, probably will fare badly on the throne, and after all, no strong woman in that series can go unpunished. What of Clinton: will having a daughter and grandchildren and a husband save her? Or will she too have to go down?

What other characters do our political players bring to mind?