I have been disturbed lately over facing an onrush of misogyny and sexism. I have, for example, bumped up repeatedly against the motif of women in adoring service to the "great man," as can be seen in such "critically acclaimed works" as the musical Hamilton, and the 2017 film Phantom Thread, which was nominated for six Academy Awards, including Best Picture.* The unspoken assumption in these works is that a woman has no higher calling than to adore a dominant male.

Male sexist fantasy reared its head as well in Morris’s Utopian fiction, News from Nowhere, which I recently read. Here, Morris depicts an ideal society filled with attractive women who embrace as "natural" a desire to wait on men--this is a mild sexism, but sexism all the same. The handmaid theme emerged in an uglier way in a  time travel short story by Robert Heinlein called  "By His Bootstraps." In this story, the male protagonist, Bob Wilson, is serviced in a future world by a bevy of willing, young, and beautiful females who seem to have no other desire but to adore and wait on him (including, it is suggested, sexually servicing him). Needless to say, he needs to do nothing to deserve this treatment.  Being a man is ample qualification for worship, despite the story characterizing him as both stupid and callous. 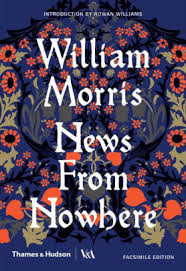 In the past and up to today, I have been concerned about what I call ritual humiliation of women in filmed media. This first came home to me when at the end of 1997 I watched a lovely 1940 Ernst Lubitsch film called Little Shop Around the Corner. It was remade shortly after as You've Got Mail. Seeing the two films back to back I couldn't help but notice that the female lead in the later film was subjected to humiliation by the male before she could be worthy of his "love." This aspect was completely missing from the earlier Lubitsch version, in which the two opposite sex leads are treated as equals. It uneasily came to me that we were going backwards on sexual equality.
After, this I began to notice that most current films had a scene in which a woman is ritually humiliated. In one romantic comedy, a woman who owns a bakery has to chase after her "man" and beg for help with car repairs when she is stranded on the side of the road. At the end of Game of Thrones, the uppity women leaders who have not yet been properly disciplined through repeated rape, cruelty, and abuse are killed. The men triumph. Among Trump supporters I have noticed a meme of "cute" cartoons in which a "FemiNazi" (often depicted as a female head on a cat's body) speaks out and is bested and silenced by a much larger Trump, who gets the final word.
I have also been reading about Incels (involuntary celibates), an Alt-Right group of aggrieved men who feel that they deserve to date not any women, but what they consider the “hottest” women of the world: white, blond, sorority members. This is pointed out in Elizabeth Sanifer's excellent evisceration of idiot male Alt-Right "thinkers" in her book NeoReaction: A Basilisk. I have also read Kate Manne's recent work Entitled, which discusses male Incels among other examples of male privilege. 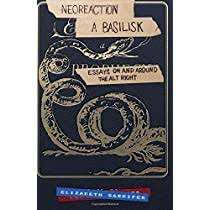 Lately, too, Roger and I have been watching HBO’s The Vow, about the cult  NXIVM. The leader, Keith Raniere, is a sociopath very much in the Trump mold and mindset. Raniere was recently found guilty of a host of crimes, including sex trafficking. He  literally branded female sex slaves that he felt he “owned.”  I find—or so far have found—the series fascinating, as I can understand how one would be attracted to a group that professed to want to build a more ethical world, though it becomes clear that Ranier’s idea of “ethics” was based on the savagery of Ayn Rand. Like Trump, Ranier is an arrested adolescent attempting to play out sick and puerile fantasies. Unfortunately, like Trump, he got far too far.

It is profoundly depressed to read the passage below about Ranier, his sex cult, and his deep misogyny towards women. What disturbed me is that Ranier pinpointed what are, I believe, common attitudes among men: feelings that women are “entitled” (which seems to mean resentment that they want to share the voice, space, and resources once the sole domain of men), that women use their sex to get advantages, and that women are undisciplined (which seems to mean “unmanly” in the context of the sadistically brutal way some men are formed). He also seemed filled with rage that women might dress “provocatively:” this is another complaint I have often heard men level at women, as if the clothes we wear were not designed (especially for young women) by the male fashion industry to be provocative—even for little girls, as I found trying to dress a young daughter in the 1990s.**
As is typical in what we see in filmed media, Raniere wanted to humiliate women into “obedience.”
Encountering so much misogyny leads me to wonder why some men hate women so much and have such distorted views of women. This has real urgency, since a man who displays all the worst tendencies of misogynist men and flaunts this as a positive feature, playing into sick male fantasies, has highest power in the US and may be reelected or even become our dictator at a time when climate change threatens human extinction. Men have to get over these attitudes if we are going to survive as a species.  Woman are not here to adore and service them. That, in fact, is a fatal and disgusting disease that too many women have been conditioned into perpetrating. (Mutual support between equals is another story.) Women, also, are not “entitled" because they want equal voice and power to men.  We need this equality to happen if we are going to survive.
The following on Ranier and NXIVM is from a May 13, 2019 Rolling Stone story:

In 2013, Raniere decided that he wanted to open up the SOP [male only] curriculum to female members of NXIVM, dubbing the new course SOP Complete. Although Vicente [who turned on the cult] testified that he initially had “concerns” about opening up the group to women, he later relented when female members of NXIVM’s inner circle spoke with him and said they wanted to take the class.
Those concerns turned out to have been justified, however, when Raniere introduced SOP Complete to group members by telling them the primary tenets of the group: i.e., that women “lack discipline,”  were “entitled,” and were “misusing their sexuality to gain an advantage in the world,” Vicente testified. The goal of the curriculum, which was authored by Raniere, was to give women “the experience of being a little boy in a man’s world,” or to essentially tease and bully them until they were forced to grow up and assume responsibility for their actions. “‘We’re gonna help them find themselves and push them the same way you were pushed,'” Vicente recalled Raniere saying.
SOP Complete, Vicente testified, was “run more like a boot camp” than an academic curriculum. In addition to using hazing and other military-inspired tactics, such as forcing group members to do “penance” for misdeeds in the form of planks or wall-sits, SOP Complete instructors also used props, such as fairy wings, to humiliate female members into submission.
At one point, Clare Bronfman, the billionaire Seagram’s heiress who had at this point assumed a central role in NXIVM, was given a “jock strap” for being “too bossy,” according to Vicente. Raniere also suggested that male group members take photographs of the women if they were dressing provocatively and then make a video slideshow to humiliate them.
Although Vicente said that he had reservations about SOP Complete, testifying that even his wife had approached him with her concerns about the group, he nevertheless kept participating in the group. “I believed with some reservation that the women wanted to feel stronger and this would help in some ways,” he said, before eventually coming to the realization that the aim of the group was to “make women submit to men and be obedient, no matter what.”

Raniere is a sick and sadistic person who starved his sex slaves so they would conform to his beauty image and had them branded with his initials naked and without anesthetics. It is worth noting that NXIVM was a highly hierarchical organization: hierarchy is part of the warped social order that gives some groups and people undue power over others.
I don't know why deep atavistic male fantasies seem to center on wanting women as adoring and obedient sex slaves, but the stakes couldn't be higher for abandoning that idea and creating a post-misogynist world. (As has been much noted, for example, the countries doing best against Covid are run by women.) I have much more to say, but will stop here; fortunately we live in a world where, despite all attempts to the contrary, women are getting more of a voice and are more and more realizing there is no "empowerment" in trying to replicate stereotypical masculinity. 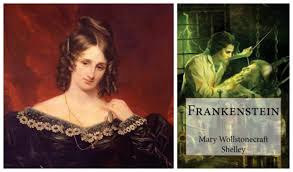 A a final note, a long line of women writers who continue to be influential solace me greatly, from Mary Wollstonecraft to Jane Austen to Mary Shelley to Virginia Woolf and on up. We need to listen to what they are trying to tell us.
*Phantom Thread was nominated for a slew of Oscars, partially in an attempt to give Daniel Day Lewis his “due.” I have to say that I was appalled that "honoring"  Lewis was considered a reasonable excuse for amplifying a sick film in which adoring handmaids tolerate a “great man’s” cruel and verbally abusive behavior on the unstated assumption that women can have no higher goal than to service and worship the 'heroic" male.  And did this entitled white male (Lewis) really need an Oscar nomination? Could he not have simply gotten lifetime service award? Or just lived on his laurels?
**I had to sidestep little short-shorts with ruffles on the rear end and tee-shirts in pink decorated with hearts and mottos like "I am your little sweetheart."
_._,_._,_
Posted by Diane at 8:37 AM 5 comments: