Virginia Woolf's "The Leaning Tower," To the Lighthouse and Viva the Income Tax

In a late essay, "The Leaning Tower," a talk given to the Workers' Educational Association in Brighton in May, 1940 less than a year before her death and in the midst of World War II, Woolf makes a stunning claim. She asserts it as she envisions a post-war world where the "hedges" of social classes have been abolished and "all classes will be merged in one class." 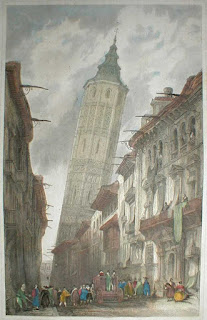 Key to this transformation is the income tax, utterly central and integral in her mind to the better society waiting to be born. The "towers" that protect elites, she states, "will disappear," as will "class" because of

the income tax. The income tax is already doing in its own way what the politicians are hoping to do in theirs. The income tax is saying to middle-class parents: You cannot afford to send your sons to public schools any longer; you must send them to the elementary schools

This is stunning because of the context in which we have lived in the United States for the last forty years, where taxes have long been posited as the great, existential evil, the Satan rising dangerously to consume us above all the other arch-demons in the pantheon in hell.

Woolf's advocacy of taxes should not hit with force of a shock: it should be a sensible idea that has been dunned into us with equal or greater force than that of lowering taxes as a supposed social good. But it has not been. 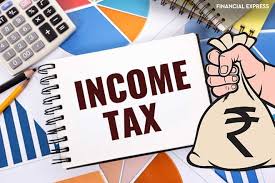 As Woolf understood, taxes are our boon and our power, even if we have, ostensibly, less money in our pockets on an individual level. If we tax high, especially the rich--as we have done in the past, in this country and the UK--abundant money exists (assuming we don't throw it into wars or walls) for social good: better education, better libraries (a system Woolf strongly supports in this talk), better roads, better healthcare, jobs, and, as the quote above indicates, a wealthier class that might have to rely on the same infrastructure we do.

And yet Woolf's advocacy shocks in its openness. It is more than a subversive whisper or an apologetic murmur to be shouted down in incandescent indignation. Instead it is states plainly what is censored and verboten in our society: taxes are a social good.  Education, too, she asserts in this essay is a great good in and of itself, a social force that in our society has been eroded as much as the tax base--and yet is still vitally important. In today's New York Times, for example, an op-ed piece quotes a scholar named Linda J. Skitka:

Every study I’ve ever seen across the social sciences shows that education promotes less in-group favoritism and greater tolerance toward those unlike ourselves,” she continued. “In panel studies that track the same people over time, as people gain advanced levels of education, they become more tolerant and favorable toward liberal democratic norms.” (https://www.nytimes.com/2020/01/22/opinion/trump-voters.html?action=click&module=Opinion&pgtype=Homepage)

No wonder that Woolf pushed her listeners to educate themselves. 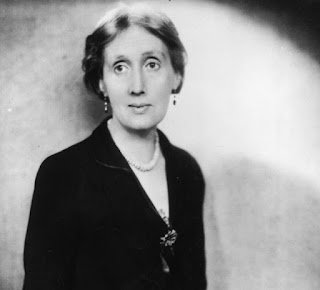 The audience for Woolf's essay was working people, perhaps those who came bemused to see the famous and much caricatured Bloomberry. Yet continuing her Society of Outsiders theme from Three Guineas, she speaks to them as "us," finding common ground:


the immense class to which almost all of us must belong, to pick up what we can in village schools; in factories; in workshops; behind counters; and at home.


We can help England very greatly to bridge the gulf between the two worlds if we borrow the books she lends us and if we read them critically. …are we not commoners, outsiders?

Clearly, Woolf 's audience is working people, not of her class, and yet she is appealing to them in terms of "we." It could seem stunning--or disingenuous or dishonest (though more easily done in a time of war)--for her, the snobbish emblem of the upper crust, to speak with working people as if they are a "we." Yet she is being honest--and honesty about one's life was a key value for her, as she says in this essay. Self-honesty, Woolf states in the essay, is the only possible way to an honest literature--and only an honest literature can help people. 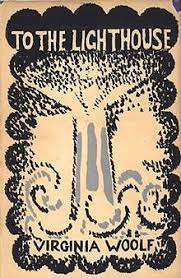 I am rereading To the Lighthouse, always a stunning book if we are to be endlessly stunned--and am struck anew about how openly the novel explores identity as fluid and ever-changing, as created by people who see us one way and then another: Mr. Bankes is in one instance, struck dumb with love for Mrs. Ramsey, and a few hours later he hates her, feeling:

rigid and barren, like a pair of boots that have been soaked and gone dry so that you can hardly force your feet into them.

Then he loves her again. Much of Lighthouse is an exploration of this kind of knowing of the other, through variable emotion, through touch, through constructing fictions, through an always veiled intimacy--and an exposé about how often we construct false narratives about people we know. In the long section of Lily's stream-of-consciousness near the end of the novel, she muses on Paul and Minta, who Mrs. Ramsey pulled together years ago:


He was withered, drawn; she flamboyant, careless. For things had worked loose after the first year or so; the marriage had turned out rather badly.

this making up of scenes about them, is what we call "knowing" people, "thinking" of them, "being fond" of them! Not a word of it was true;
she had made it up; but it was what she knew them by all the same.

This sense that what we grasp of people is both a fragment we think we know and yet incomplete and provisional, ("made ...up") is core to Woolf's thought and project. And yet we pigeonhole her all the time: she is, we say definitively, as if we know, a classist snob. When we do so, we can write her off, hate her, place ourselves in a superior position to her. Yet to pigeonhole her this way ironically violates exactly her life project of trying to understand people, leaving intact their layers of complexity so as not to reduce them to merely this or that, good or bad, lovable or detestable.

Woolf was both an insider snob and  an outsider. When she lumps herself with the working people listening to her talk, she is careful to tell the truth. She had spent her life as part of that "immense class" that picked up what education they could, where they could, in her case, mostly, at "home." In the world of education, at a time when women were earning advanced degrees and teaching at prestigious universities, she was largely self taught, with only some university day classes--perhaps more than we earlier knew--behind her, but never a degree that could open doors.  So insider/outsider, elite and not--this makes sense in context, but that is for the next blog.

Email ThisBlogThis!Share to TwitterShare to FacebookShare to Pinterest
Labels: Leaning Tower, politics, To the Lighthouse, Woolf