Journal of a Plague Year: Best Fiction reads of 2020

As befits a strange year, my reading patterns deviated from the usual, leaning more heavily into non-fiction and genre literature. Given that a good stand-alone novel is what I love best to sink into, I was sorry not to have read more of these. All that being said, I encountered a wide range of extraordinarily good books. Elena Ferrante's The Story of New Name: Some six months after watching the second season of the superb series My Brilliant Friend, I read The Story of a New Name, the second novel in the Neapolitan Quartet.  I had previously read two other Ferrante novels: The Year of Abandonment and My Brilliant Friend. I appreciated both, but neither pulled me wholly into a world the way The Story of a New Name did. Although I had already seen the mini-series that adhered closely to the novel, the novel provided a level of nuance that the series, excellent as it was, flattened.

If the televised version hovered towards chick lit at times--Lila's romantic frolicking in the waves with the handsome Nino, Lenu's triumphant ending as the successful novelist and scholar who has overcome her impoverished roots--this banality is missing from the pain-saturated novel.  The novel's characters are drawn with nuance--Ferrante never falls into caricature or stereotype. We even feel sympathy at times for the clueless, limited Stefano, despite being appalled at his rapes and beatings of his wife. And while Lila may end up working in a meat packing plant,  unlike in the series, she is never defeated--she, not Lenu, is the true center of the novel.

Ferrante successfully builds and fleshes out the world she began in the first Neapolitan novel. I felt I knew the characters and had a better grasp of the complex community dynamics. I found myself comparing it to some of the more episodic, experimental novels I read this year, such as Overstory and especially, Flights. Ferrante writes, unlike these others, in an old-fashioned, nineteenth century mode of sustained narrative intensity that moves more or less chronologically through time and keeps the focus on one distinct set of characters.  It is not episodic or aphoristic, it does not include trees for characters, it does not move back and forth across  time and space from a mythic Middle East to modern Poland.

Ferrante pours new matter into an old form, reviving it. This is not a novel that could have been written in the nineteenth century, or more accurately, not a novel that was written. Ferrante takes the kind of nuanced character study writers like Tolstoy and James used on the rich and applies it to the poor. Nobody I can think of, perhaps with the exception of Chekhov in his long short story the "The Peasants,"could write then about the poor the way Ferrante does now. She is not hovering above, not sentimentalizing, not denigrating. These people are fully human and she meets them as equals. These is not Dickens' Cratchits, unrealistically good and deserving, or Oliver Twist--who, after Dickens rightfully excoriating anger, we find out was, after all of oops, sorry,  not really of the poor. Ferrante's are the poor as the poor and with the real (lack of) options poor people--especially woman--had in that time and place.

This is a primarily novel about poor women--it is a woman's novel that no nineteenth century woman could write, because these writers were above the class Ferrante describes, looking down, no matter how sympathetic a Mary Gaskell or a George Eliot might be. What particularly impressed me in Ferrante, because it so closely mirrored the plight of my own mother, and I suspect many women of that time period, is the intense anger Lila experienced at being thwarted in her desire for education. She is, instead, married off at an early age. Ferrante offers no happy ending, no miracle escape or triumphant ascension out of this state. Having to leave school after the fourth grade because her father won't fund her further education, no matter how brilliant she is, relentlessly marks her for life.  Nino shakes her off as too declasse: her class effaces her brilliance.  The power of the book is not, as in Dickens' writing about the "poor," the redemptive thrust, but the fabric of coping with what blows life has dealt you. Ferrante is relentless and unrelenting, fierce, and angry.  I have book three, Those Who Leave and Those Who Stay, on the table beside me, and I can hardly wait to read it. 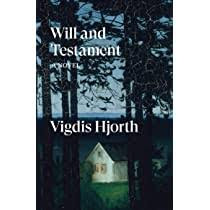 Vigdis Hjorth's Will and Testament. I finished this book very recently. It's a gripping, apparently semi-autobiographical  https://www.theguardian.com/books/2020/jan/04/vigdis-hjorth-will-and-testament-interview-i-wont-talk-about-my-family) first-person account of a Norwegian woman in her late 50s as she struggles with her family's inability to acknowledge the childhood incest she suffered. This is not a book so much about incest as about how families deny shaming secrets. It is also, concretely, a book about inheritance. Like Jane Austen's Sense and Sensibility, it deals with the impact of the material world, the way some members of a family are rewarded and others punished through the apportionment of goods.

Hjorth is like Austen too in her acerbic wit. As Austen does in her dead-pan rehearsal of how John and Fanny Dashwood talk themselves out of a deathbed promise to help John's mother and half sisters, so Hjorth mocks the platitudes of the sister who endlessly professes she "cares," while siding with power and her own self interest. She mocks the cliches:

Hjorth, like Austen, is angry, and that anger drives the narrative.

As I connected this book to Austen, I thought about how books are typically, wrongly I often think, labelled Austenian. This year I watched and read, for instance, Sally Rooney's Normal People, because it was likened to Austen. It is a romance, but the chief point of connection people pointed to was Connell, the male protagonist, speaking eloquently about Emma in a seminar class, which for me is not enough of a connection. I found the novel thin; I did not find it particularly Austenian. 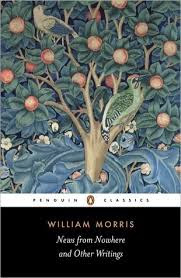 Other novels of interest among those I read this year include Joseph Conrad's Secret Agent, Olga Tokaczuk Flights,  Stefan's Zweig's The Royal Game,  China Achewbe Things Fall Apart, and William Morris's News from Nowhere. I read News for Nowhere in an on-line literature group: we agreed that Morris' socialist utopia, which feels more than a little like  Disney World with better food and without the carnival rides, is marred by Morris' sexism. Once again, it's important to reiterate that women don't, on the whole, have utopian dreams of becoming man's handmaidens. However, there is something deeply compelling in his vision of a garden world, ecologically sustainable and without money, in which people are healthy and content. 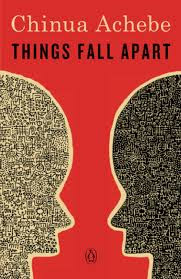 Conrad's Secret Agent is also marred by sexism and by its mean-hearted caricature of revolutionaries. An appalling, destructive patriarchy alienated me, too, from the sympathy I felt I was supposed to feel for Achewbe's tormented protagonist in Things Fall Apart or the sorrow I was expected to feel for the loss of his social order. However, I appreciated the simplicity of its language, and the way the novel highlighted the destructive effects of a patriarchy where brutality towards women and children is normalized and saving face is all important--more important than life itself. And as I have been thinking much about the experience of time this year, I thought I would end with a quote from Flights, from a book ironically about the centrality of travel and movement  at a time we are all grounded:

". . . and perhaps it is possible,” she heard him say, “to look into the past, cast our glances backward, imagine it as a panopticon of sorts, or, dear friends, to treat the past as though it still existed, it’s just that it’s been shifted over into another dimension. Maybe all we need to do is change our way of looking, look askance at it all somehow. Because if the future and the past are infinite, then in reality there can be no ‘once upon,’ no ‘back when.’ Different moments in time hang in space like sheets, like screens lit up by one moment; the world is made up of these frozen moments..." 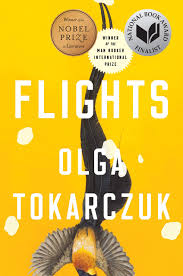 Some of the notable short stories I read this year include the following:

I most enjoyed Sylvia's Plath's "Sunday at the Mintons," a pastiche of Virginia Woolf, written under the influence of To the Lighthouse. It won one of the Mademoiselle's two $500 first prize awards in 1952. To my mind, it may well have been influenced by Truman Capote's 1945 Mademoiselle story "Miriam," another interesting read.

Nadine Gordimer's "The Moment Before the Gun Went Off" is an eviscerating critique of South Africa's apartheid written in a mode reminiscent especially of Woolf, but that I imagine Austen would have appreciated.

Margaret Atwood's "Death by Landscape" stuck with me powerfully, a tale of loss in an ekphrastic mode in which a woman, decades later, is still seeking a lost friend in Canadian landscape paintings.

I read Alice Walker's iconic 1970s  "Everyday Use" for the first time,  still a powerful indictment of cultural appropriation.

Sally Rooney's "At the Clinic" launched Marianne and Connell, the main characters in Normal People. It is notable for its coldness. The lack of security  Marianne feels with Connell mirrors the bleak isolation and desolation that lead Anna Karenina to commit suicide: today, apparently, they are normal for a relationship. The story is reminiscent of Mary Gaitskill's "Mirrorball" and Kristen Roupenian's "Cat Woman" and may have something to do with why aggrieved Incels can't get dates.

As this has taken enough time, I will turn in the near to future blogs to the best non-fiction I read in 2020, the best filmed media I watched, genre fiction, and rereads