On Woolf, Cruelty, Kindness, and Self-Righteousness

In a blog post about the response in the press to Virginia Woolf's suicide, Brainpickings cites the work of scholar Sybil Oldfield to show how one reader, the wife of the Bishop of Lincoln, misrepresented Woolf's anguished suicide letter as Woolf's cowardly inability to face the suffering others were bravely standing up against in the early years of World War II . This was a moment when the frightening possibility of a German invansion loomed large. To self-righteously judge Woolf for her suicide involved either willfully or unconsciously misreading her words. Even after Leonard wrote an outraged letter to The Sunday Times trying to set the record straight by quoting what Woolf actually wrote and explaining its context, the words were still twisted to label her a war shirking coward. The post, which I can't do justice to in summary, is superb and well worth examining in its entirety. If nothing else, it reminds us to carefully read the words people actually write:

Brainpickings sums up the situation as follows:

Above all, however, embedded in the media’s treatment of Virginia’s suicide is a grotesque reminder that the only thing more morally repugnant than passing judgment on another human being’s private struggle and inner world — than choosing self-righteousness over compassionate understanding — is doing so publicly, especially as a currency of tabloidism. What a spectacular failing of the awareness that it’s far more rewarding to understand than to be right. One can only hope this awareness has evolved for us, both as a culture and as individuals, since Woolf’s time.

Unfortunately, the note of optimism that rang out in 2014 has become dimmed.

An Op-Ed  by Paul Krugman  in The New York Times (https://www.nytimes.com/2019/12/23/opinion/ebenezer-scrooge-trump.html?action=click&module=Opinion&pgtype=Homepage) linked to a piece by Adam Serwer in The Atlantic: The Cruelty is the Point, Oct. 3, 2018:

I find convincing Henry Giroux's argument that we in the U.S. live in a "culture of cruelty" and so read Serwer's article with interest. Serwer moves in it from a recent trip he has made to the Museum of African American History and Culture in Washington, D.C. to the cruelty he argues that Trump's followers feel. He first writes of photos of whites proudly posed by the mutilated bodies of lynched black men:

He then moves to Trump’s cruelty and  the cruelty of Kavanaugh and his friend laughing over what Kavanaugh was doing to the frightened Christine Blasey Ford. One of Serwer's chief points is that shared cruelty is a bonding mechanism:

a vehicle for intimacy through contempt. The white men in the lynching photos are smiling not merely because of what they have done, but because they have done it together.

Serwer goes on to say:

Taking joy in that suffering is more human than most would like to admit. Somewhere on the wide spectrum between adolescent teasing and the smiling white men in the lynching photographs are the Trump supporters whose community is built by rejoicing in the anguish of those they see as unlike them, who have found in their shared cruelty an answer to the loneliness and atomization of modern life.
...
This isn’t incoherent. It reflects a clear principle: Only the president and his allies, his supporters, and their anointed are entitled to the rights and protections of the law, and if necessary, immunity from it. The rest of us are entitled only to cruelty, by their whim. This is how the powerful have ever kept the powerless divided and in their place, and enriched themselves in the process.

Shared cruelty can bond people, either in exaltation or shame. Nevertheless, while he mentions it--"Once malice is embraced as a virtue, it is impossible to contain"--Serwer largely does not emphasize or unpack the underlying moralism that justifies exulting in cruelty.

As Serwer says, joy in suffering (schadenfreude or perhaps sadism) is not what humans like to admit. Therefore, the implicit assumption that underlies the naked pleasure in cruelty is righteousness. Those proudly photographed by the mutilated corpses of lynching victims would most likely say--and believe--that they were celebrating their part in making the community "safe" again from vicious thugs who deserved everything they got. The lynching in question was not an exercise in group sadism, but an exercise in community justice.

I remember in the run-up to the Iraq war in 2003, when I was a religion reporter, the constant drumbeat of Christian right wing radio (now solidly behind Trump)  self-righteously praying not that the U.S. would have a change of heart and refrain from brutally invading another country, but that the Iraqis would see the error of their ways and humbly repent and beg forgiveness for having offended the United States. The not-too-subtle implication was that that if they did not prostrate themselves and do the impossible, such as depose Sadam Hussein, they "deserved" their fate. It was sad, but they had had their "chance," and if they didn't take it they had to learn a hard lesson.

This same mentality seems to permeate the thinking of Trump's most passionate supporters. While I might see it as sheer cruelty to separate a young child (who had no say in coming to this country) from his or her parents, I have heard people say that this is what the parents "deserve" for coming to this country illegally. It is their own fault for bringing their children here, and they--or their innocent children--have to suffer the consequences. It is not our cruelty to their children but their own. 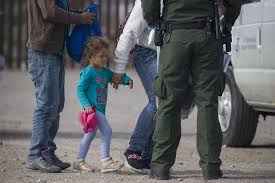 However, this self-righteousness, if integral to justifying cruelty, does also morph at times into open cruelty: Mrs. Trump's coat as she visited the immigrant children saying "I don't care, do you?" was openly cruel (however it was spun), as is a mocking "boo-hoo" emoticon of a crying figure that was apparently making the rounds in response to the outcry over separating immigrant children and parents.

Self-righteousness permeates the cruelty mind-set: blacks, women, immigrants, the LBGT ... community, have gotten away with "too much" and have to be stopped.  It is not cruelty to do so, the righteous assert, but righting wrongs: tough love, perhaps.

The largely secular wisdom book of Proverbs in the Bible, like its counterpart in the New Testament book of James, has something to say about righteousness:

Proverbs 12:10 The righteous care for the needs of their animals, but the kindest acts of the wicked are cruel.

What this rather curious proverb says to me is that the truly righteous take care of those who can't take care of themselves in a straightforward way, but the wicked pretend that cruelty is kindness.

Moving back to Woolf, while she seldom uses the word self-righteousness in her writing, condemnation of it permeates her thought. As she writes in The Common Reader,  in the essay “Notes on an Elizabethan Play:” "delightful though it is to indulge in righteous indignation" it is perhaps a feeling we want to avoid. (Perhaps the Bishop of Lincoln's wife should have read this essay?) 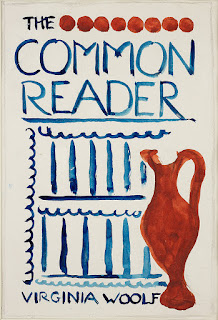 What becomes perplexing is tension between the need to take a stand at time when the choice between cruelty and kindness has seldom been more starkly laid out and the need not to become a mirror of the self-righteousness that morphs into a cruelty justified because the other side "deserves" it. It is so easy to be self-righteous on the left these days--and yet that stance, as Woolf might point out, is destructive. As the ship's captain warns Crusoe in Tournier's retelling of the Robinson Crusoe story,  Friday, purity, another form of self-righteousness is "the acid of the soul."

We need, at least imho, to keep focused on caring for the needs for others and trying to bring the systemic change that will right the wrongs done, not on retaliation or righteousness. 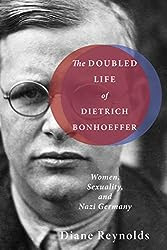